Do The Best Camper Vans Come With a Bathroom? 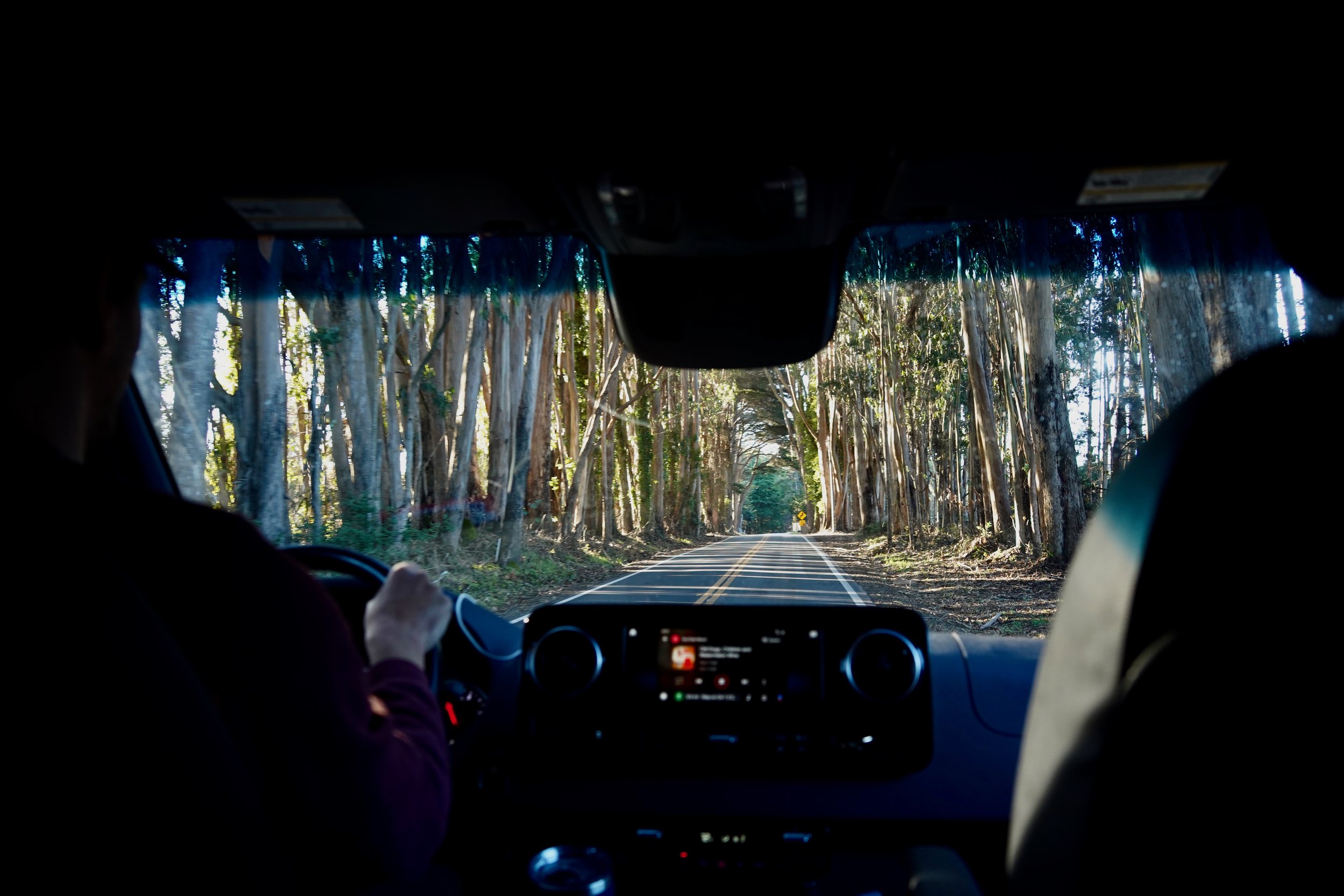 People shopping for a Sprinter van conversion often wonder if they need a floor plan that includes a full bathroom.

The truth is, whether or not you need a bathroom inside of your tiny home on wheels comes down to your priorities.

Many people think that vans with bathrooms are simply better. This is not the case, and there are some great alternatives to having a wet bath inside of your camper van that still afford you comforts like a toilet and a shower, without many of the downsides of a full bathroom.

Keep reading to learn about some important considerations you should make when deciding whether a camper van with a bathroom is right for you.

Whether or not you need a full bathroom in your Mercedes-Benz Sprinter or Class B camper van largely depends on your priorities and how you plan to use your rig.

People who plan on living and working full-time in their Sprinter vans may decide they want a full bathroom so they can shower and use the toilet in privacy.

Other times, people who just use their vans for road trips may feel that having a bathroom will allow them to camp in more places without worrying about the amenities there.

The pros of having a full bathroom in a Sprinter camper van basically boil down to never having to go anywhere without access to a private toilet or shower.

What most people don’t understand about incorporating a full bathroom into a van build is that the extra space, complex water system required, and maintenance issues that can arise are all major downsides to be considered. 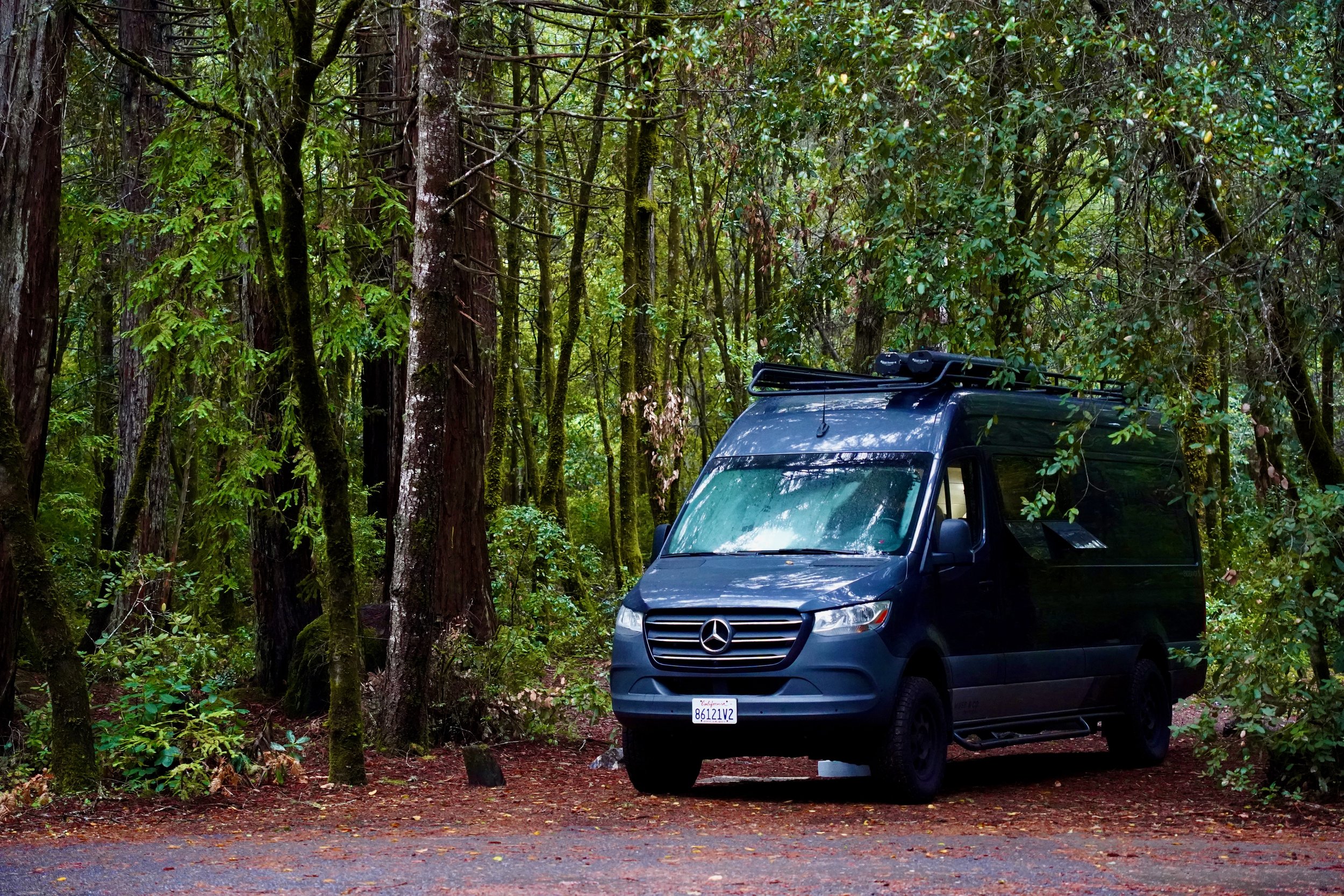 With such limited space and less likelihood that van owners will camp at RV parks with hook-ups, adding a full bathroom into a small camper van is much different than doing so in a full-size motorhome or travel trailer.

Before pulling the trigger on a Class B RV or Sprinter van, consider the following drawbacks of having a full bathroom in such a small space!

The whole point of building a van conversion in a vehicle like the Mercedes Sprinter, Ford Transit, or Ram Promaster is that these are compact vehicles with just enough space to house some major creature comforts and provide a comfortable living space.

Adding a full bathroom to a DIY or professionally built camper van takes up a huge amount of valuable floor space.

To include a bathroom, major compromises will have to be made with the sleeping area, storage space, dinette, and with maintaining that signature open and airy feel that van life is known for.

Full bathrooms are the norm in large RVs and travel trailers largely because these vehicles are made to camp at RV parks, where hookups to water, sewage, and electricity can be found.

Sprinter van owners usually want to camp off-grid and in smaller campgrounds where they can be closer to outdoor recreation and away from the hustle and bustle.

To have a full, functioning bathroom in a Sprinter van that does not have hookups, many major components must be added, including huge grey and fresh water tanks, a black water tank, a water heater, and more.

In addition to these extra components which will require routine maintenance, there is an increased risk of major issues resulting from leaks and water system mishaps inside of the van. Mold, wood rot, and other issues are more prevalent in vans with indoor bathrooms.

We’ll admit it: Having a hot indoor shower at a remote campsite sounds pretty nice. But, like any luxury, it will come at a cost.

Providing enough water and energy for a few hot showers is a big task for a small camper van. Major upgrades to the van’s power system and water system will have to be made to provide a steady flow of hot water and avoid having to visit a dump station after every shower.

What if we told you that you could have on-demand hot showers and a functioning toilet in your camper van without any of the cons listed above?

Fortunately, there are some amazing options out there for van lifers who want a bathroom but aren’t willing to compromise on interior space, power demands, or maintenance issues.

As Sprinter vans and Class B motorhomes have become more popular, companies have been developing solutions to many of the common issues and desires of van owners.
Portable toilets are one technology that has come a long way in recent years. Many camper vans now feature a composting toilet or cassette toilet that stores away in a compact, discreet slide-out cabinet.

Both composting and cassette toilets break down waste to eliminate odors and allow users to dispose of waste easily and sanitarily. They require no external tanks, water supply, or hook-ups to operate.

Having a warm shower appeals to many van owners. The Yakima RoadShower provides a way for van lifers to have warm showers with privacy, without any of the major drawbacks of an indoor shower.

The Yakima RoadShower is a black holding tank that mounts on your van’s roof rack. It uses passive solar heating to provide hot water wherever the sun shines.

The RoadShower can provide hot showers through an integrated hose and shower head system. It can also be useful for spraying down muddy bikes or shoes, or cleaning dirty pets.

Muse & Co. Outdoors offers a solution that utilizes the RoadShower and a shower curtain which integrates into the rear doors of the van. Users can enjoy hot showers with privacy, without any increased power demands, risk of leaks inside the van, or losing valuable interior space.

If you’re looking for a luxury camper van with fully-functioning toilet and shower options but without the downsides of a full indoor bathroom, look no further than Muse & Co. Outdoors. Our vans are crafted with the highest quality materials and workmanship and every aspect of our builds has been thoughtfully considered. Check out our Build My Van tool to explore your options!