Clock is Ticking on 4×4 Sprinter Vans 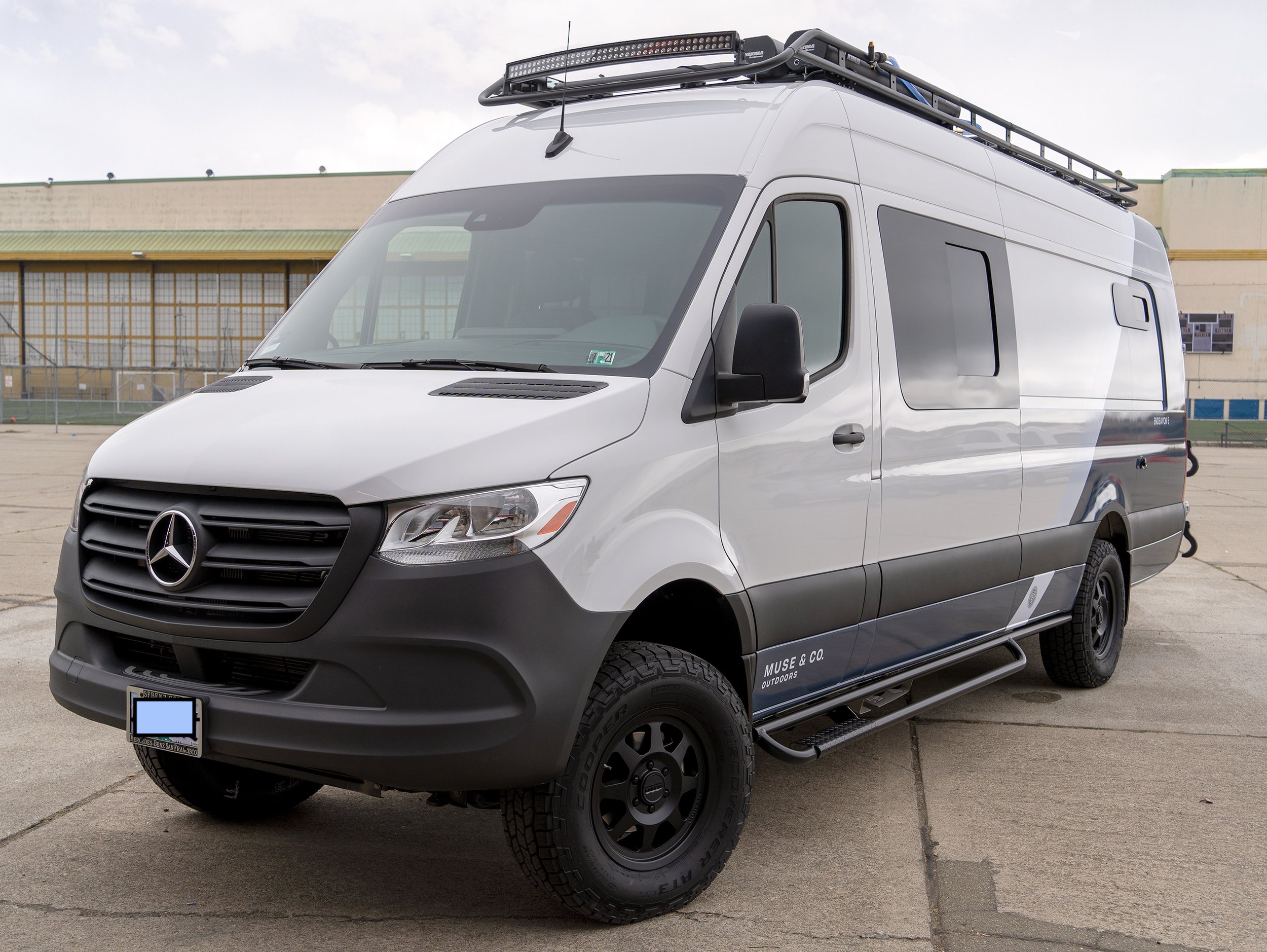 But buzz is building that one of the Sprinter’s most popular and distinguishing options may be coming to an end. Rumors that Mercedes will cease production of its 4×4 Sprinter van model and begin producing only all-wheel drive (AWD) vans are building.

What’s in Store for the 4X4 Sprinter?

Though not yet official news, insiders across the industry are reporting that Mercedes will expectedly cease production of the 4×4 Sprinter in August of 2022. They are opting instead for an AWD platform with a 4-cylinder turbo diesel engine, which will come standard in all Sprinters beginning with the 2023 model year. If you have your sights set on a new 4×4 Mercedes Sprinter paired with the popular 6-cylinder turbo-diesel engine, now is the time to reserve yours! 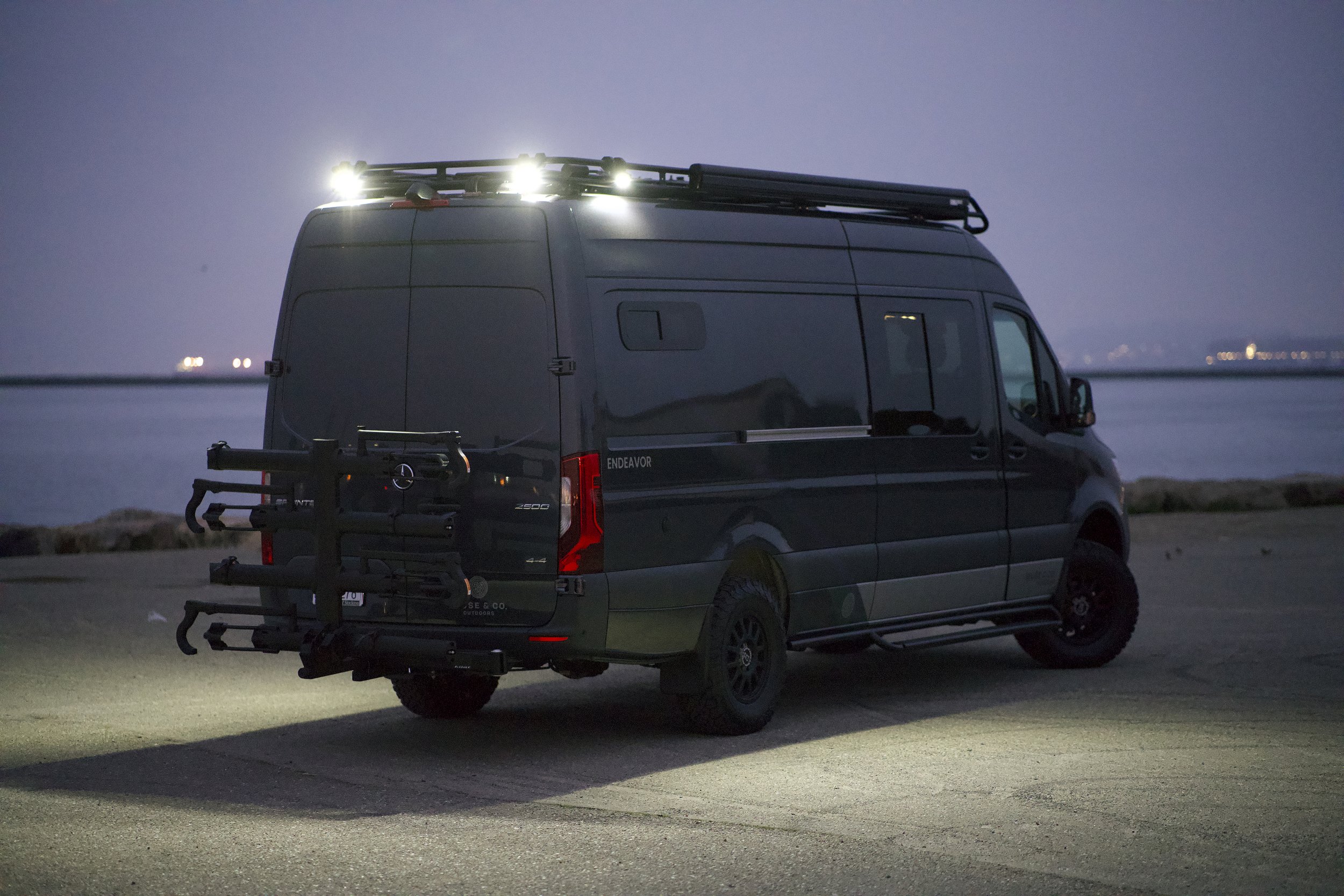 AWD vs 4WD: What’s the Difference?

Most people know that if you want a vehicle capable of handling travel in variable conditions, such as off-road or over ice and snow, then you need to have either all-wheel or four-wheel drive. While Mercedes is expected to cease production of the 4WD, or “4×4”, Sprinter, they are also expected to begin production of a Sprinter van with a new AWD drivetrain. So, what is the difference between these two systems, and which one do you need?

The basic premise of AWD and 4WD systems is the same: when you press the gas, the vehicle has the ability to send power to all four wheels, rather than only either the front two or the rear two. The result is increased traction in variable and slippery terrain, both on and off-road. AWD systems require no input from the driver; they either operate full-time so that the vehicle always gives power to all four wheels, or they include sensors that send power to individual wheels as needed in challenging conditions, such as over snow or ice.

With a 4WD system, the driver must engage a switch to turn the vehicle into a 4WD van. Otherwise, the vehicle will operate in 2-wheel drive mode. Most 4WD systems (including the one offered in the Sprinter) also include a 4WD “low” mode, which is designed to not only send power to all four wheels, but also to give extra torque for extremely challenging scenarios off-road or in deep snow. In general, 4WD systems are more robust than their AWD counterparts, and are widely preferred for off-road use. Both systems have some drawbacks such as higher cost and decreased gas mileage.

As AWD technology improves, vehicles equipped with this system are becoming more capable. As an industry leader, we can expect to see the latest AWD tech included in the 2023 and later Mercedes Sprinter models. While 4×4 has some advantages over AWD, this is still a very capable platform for handling snow, ice, and some offroad conditions.

If you are like many other prospective van buyers and you know that you want a true 4×4 Mercedes Sprinter, now is the time to act! Luckily, the news of Mercedes’ likely plans has leaked early and you still have time to secure a 4×4 Sprinter.

Sprinter vans are always in hot demand and there is a waitlist at many dealers (not to mention the long waitlists at most van conversion companies.) Fortunately, Muse & Co. Outdoors has multiple ways to help you into the 4X4 Sprinter camper van of your dreams. We have 2022 model year Mercedes Benz Sprinter 4×4 vans available for delivery as early as next month!

If you want more customization of your camper van build, Muse & Co. Outdoors partners with Mercedes dealerships across the country to find our customers the perfect van to begin their conversion. We can make the process smooth and easy from start to finish, helping you to secure a 4×4 Sprinter van and convert it into a state-of-the-art camper. Contact us today to learn more.

2 responses to “Clock is Ticking on 4×4 Sprinter Vans”